Fed Live is transforming, under the watchful gaze of The Eyes this winter.

It’s time to dance up a storm, like we’re all at an End of the World party in a dystopian movie. We’re imagining something in between The Matrix and Metropolis. But with DJs. It’ll be wild.

We’ll have free loaded hot chocolates and eye themed sweet treats from 6pm-9pm* every Friday night of Dance Dystopia. *Or until stocks are exhausted.

All free, all ages, always.

Check out the program below: 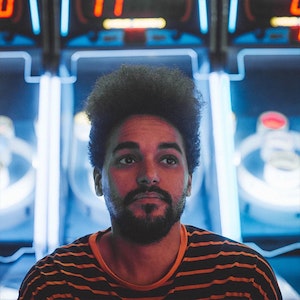 Cliftonia presents incredible versatility, where he traverses a diverse blend of tracks and mixes through a variety of styles and genres.

His unique sound is stylised in an array of flawless melodies and meters where a magnetic bassline remains the fundamental foundation to his sets. His skills at building a festival, event or venue’s character and dance floors during his sets are renowned, where he is a regular behind the CDJs for the drinking and dancing circuit.

Cliftonia has played major festivals and events such as Future Music Festival, Splendour in the Grass and Falls Music and Arts Festival, and has held residencies at major nightclubs throughout Australia. 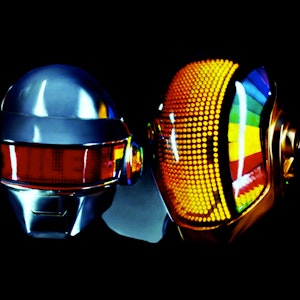 Discovery is Australia’s tribute to the music and image of French electro house legends, Daft Punk. Complete with authentic signature gold and silver robot helmets as well as an entertaining, party-vibe DJ set of their own produced remixes and mash ups, ‘Discovery’ ensure even the purest Daft Punk fan will be satisfied! With their attention to detail in custom-made costumes, covering Daft Punk’s ever-changing image in eras from Human After All, TRON, Random Access Memories and the new collaboration with The Weeknd – any club event, function or festival will be left wondering … did we just see the real Daft Punk?

Formed in 2012, both Damian Andres and Matt Campbell combine over 25 years of DJing experience and have toured all over Australia, New Zealand, parts of Asia and South America. 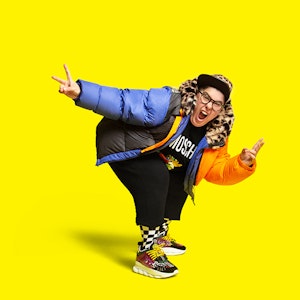 A renowned sneaker freak and hip hop junkie, YO!MAFIA has been killing them on the wheels of steel for a whopping 20 years. Having grown up at the fruition of Hip Hop in the late ‘70s/early ‘80s, YO!MAFIA became FLUOROBREAKER after falling in love with Boogaloo Shrimp in Breakin’. After winning every B-Girl competition she entered, YO!MAFIA hung up her knee spin for the turntables after amassing a huge collection of original pressing 12-inch wax from every musical genre known to man. Relying on her acute party savvy ears, YO!MAFIA quickly began mashing up sounds from her beloved HipHop, mixing in RNB, electro, Commercial Bangers, Cock Rock and everything in between. She has solidified her place as one of Australia’s premier Party/Open Form at DJs, possessing an incredible ability to blend and mix a variety of genres into one big party set! Her signature genre-smashing sets have seen her named Official Hit FM/ Fox FM’s RNB Fridays Live Tour DJ, while also supporting a wide range of A-List artists, including Stevie Wonder, Missy Elliott, Lady Gaga, Florence & The Machine, James Blunt, Usher, Lil Jon, Ginuwine, Next, Eve, Estelle, Nelly, Craig David, All Saints, Amerie, TLC, Boyz II Men, Blackstreet, Lil’ Dicky, Bhad Bhabie, DJ Jazzy Jeff and Salt’n’Pepa. 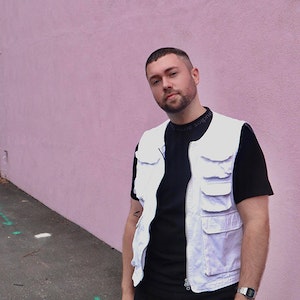 New Zealand-born DJ, Jesse Boyd (him/he), has spent the last several years spinning tunes across some of Melbourne’s most iconic venues. An endless love for the dance floor became a passion for sound production and mixing which complements his eclectic taste in music. His signature sound is a mix of commercial R&B and pop, classic house and disco – whatever your mood, his command of the beat keeps the dance floor pumping. Jesse loves mixing energetic sets, presenting both new and old tunes, while ensuring the crowd is connected, dancing and living their best life. 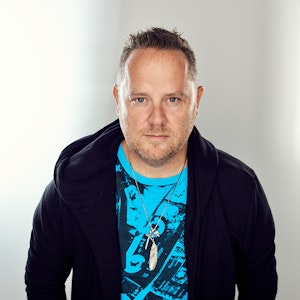 Having been part of house music since its emergence in Australia, John first came to prominence by winning the Victorian leg of the DMC turntable-ist competition…A feat he repeated two years in a row!

John’s musical taste is diverse, often dropping some wicked underground sounds at a dark little club or working his way through his extensive back catalogue of house and disco. John’s technical skills are only surpassed by his experience in programming the right music for the crowd in front of him and his deep knowledge of dance music’s back catalogue… both significant, but sometimes forgotten qualities of a good DJ. It is these things that ensures he is still in demand as a DJ several decades after those two DMC titles. 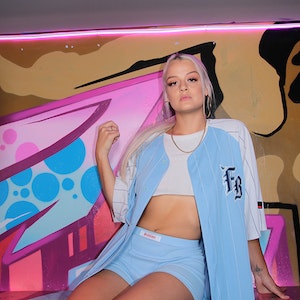 Emerging onto the scene in 2019, Kaïra has successfully collaborated with VICE and Adidas, has had multiple mixes featured on JD Sports Radio and Triple J (The Kick On + MixUp) and frequents at Melbourne’s leading events and clubs. A deep appreciation for visual art, she has DJed at galleries including the newly opened Compendium and regularly during the NGV Summer Series. Her passionate, effervescent personality shines through during sets to create harmonious, unified environments.

Please note that this performance is also part of our Friday Night Light DJ line-up. 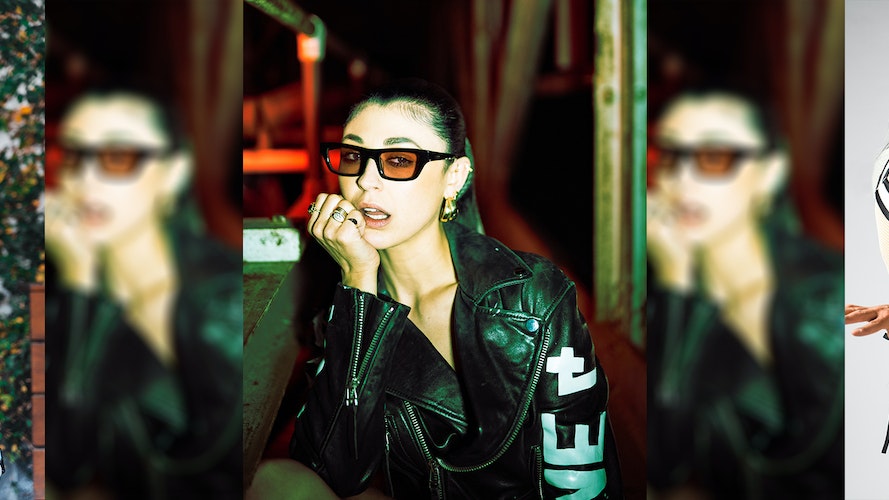 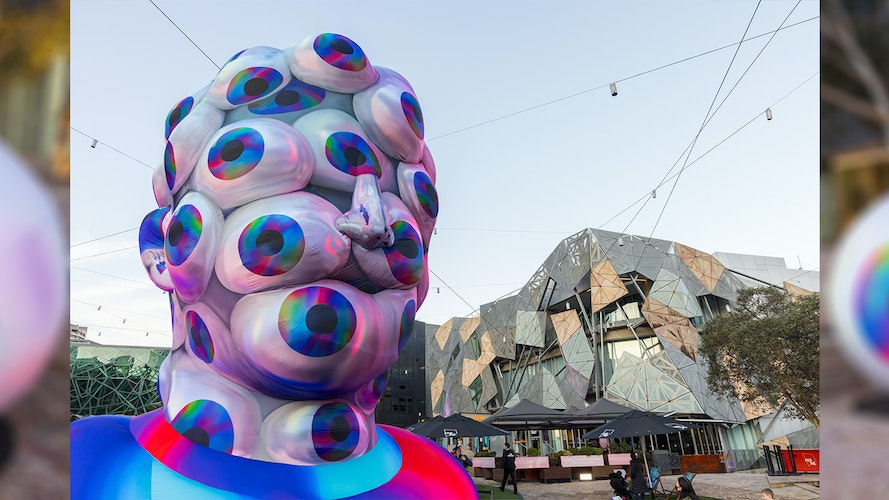 Explore your discomfort as The Eyes watch you, watching them, watching you – this winter at Fed Square.
More Info
1 Jul — 7 AugMain Square
Arts and Culture
Free Events
Surveillance Film Festival
Past Event 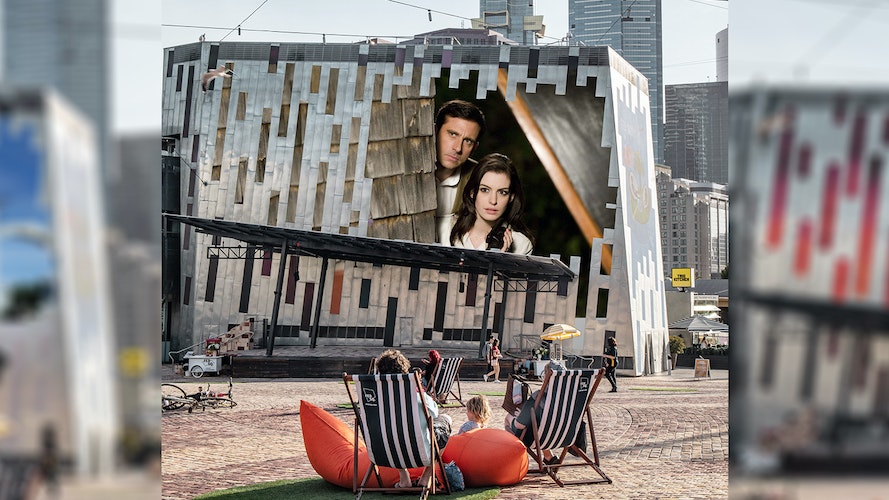 As the enormous Big Brother … er, Big Screen – looks down on us all from on high this winter, we’ll keep you rooted to the spot with a tantalisingly terrifying line-up of spy and surveillance-themed films. Whether you’re a junior cryptologist in the making, a bonafide Bond-aficionado or a card-carrying sci-fi buff, we’ve got a spooky, thrilling or mysterious film to unleash your inner spy. We’ll have the deckchairs out, so it’s time to bring a blanky and get cosy this winter, under the watchful gaze of The Eyes, for the Surveillance Film Festival at Fed Square. Free popcorn will be available from the Woofy’s Eye Spy Cart on Saturday 2 and 9 July, and Sunday 3 and 10 July at the start of each film and will be available until stocks run out. You can also purchase a blanket for a gold coin donation from the Woofy’s Eye Spy Cart near the Main Stage, before each film screening on Saturday 2 and 9 July, and Sunday 3 and 10 July. All proceeds will go to the Fred Hollows Foundation Indigenous Australia Program. We’ll also have free loaded hot chocolates and eye themed sweet treats from the Woofy’s Eye Spy Cart near the Main Stage from 6pm-9pm (or until stocks run out) on Saturday 6 August. Colours available are: Retina Red UV Blue Greyscale Grey Check out the program below.
More Info
1 Jul — 6 AugMain Square
Free Events
Screenings
Discover
What's onEat + DrinkShop + VisitVenue Hire
Website byMore Studio
Links
AboutMedia CentreAccessibilitySustainabilityFed CamCareersParkingFilming and PhotographyContact Us
Social
TikTokFacebookTwitterInstagramYoutubeLinkedInTripAdvisor
FavouritesPrivacy PolicySubscribeTerms & Conditions
Acknowledgement
At Fed Square, we acknowledge that we are gathered on the lands of the Kulin nations. We respect their traditions and embrace their traditional and contemporary expression.
Website byMore Studio