On the 5th of February 2022, the art world lost a shining light – Josh Muir a proud Yorta Yorta/ Gunditjmara man passed away suddenly at age 30. Josh held his culture strong and close to his heart; it gave him his voice and his identity. His artworks echoed his culture in a contemporary setting, and his practice reflected his journey. Using bright colours and bold lines, he often drew together historical events and stories presenting them alongside current narratives in a distinctive graphic style.

Before Josh passed away, he was commissioned to create this artwork for the Fed Square Letters project. Josh decided to tell the story of the history of this site, now known as Fed Square, exploring 5 themes within each letter.

F – Indigenous use, connection to the land and the Yarra River, pre white settlement.
E – Early white settlement, farming areas blended with early construction through the gold rush.
D – The ‘modern 1960s/1970s’ Melbourne, the railway lines, the old Gas & Fuel building, City Square.
S – The construction of Fed Square: builders, cranes and the changing face of Melbourne.
Q – Fed Square as it is today: its architecture, its public use, the people’s place and still Aboriginal land.

With the blessing of his family, &Gallery Australia and Fed Square also presented an exhibition of the last and recent works created by Josh, with all artworks for sale for the benefit of his children, Jamari and Jyla.

& Gallery Pop Up Space is located in the Atrium of Fed Square, opposite The Ian Potter Centre: NGV Australia’s entrance and runs from May 7 until September 30. Proudly supported by the City of Melbourne’s arts grant program. 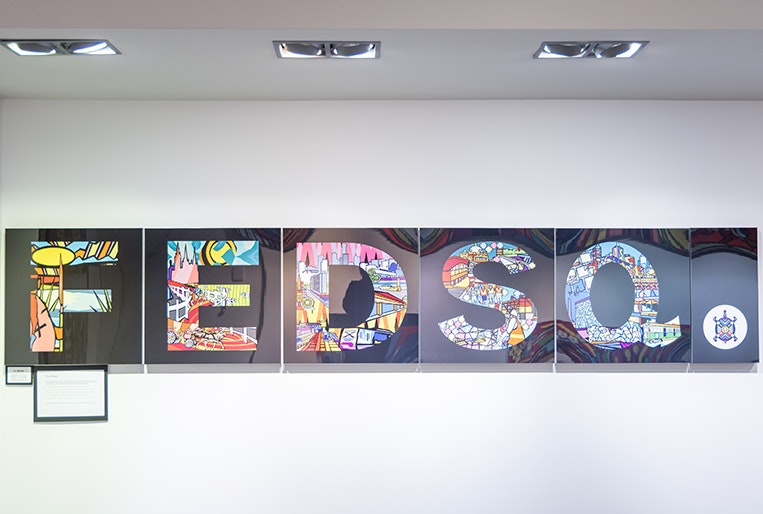 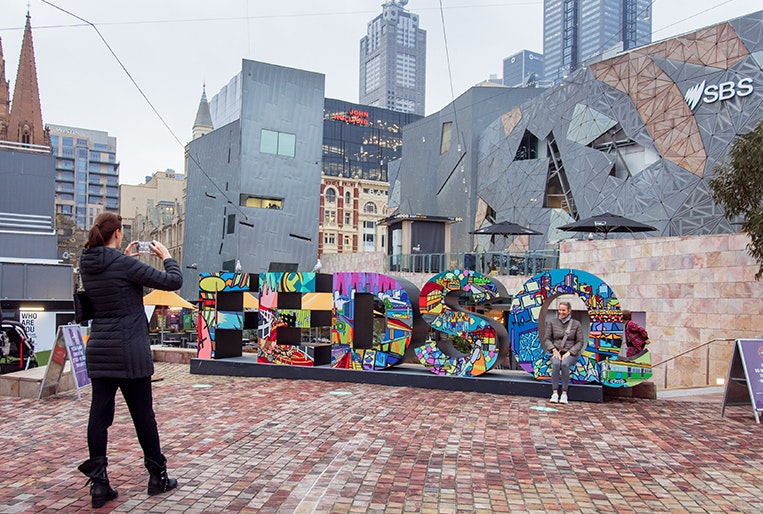 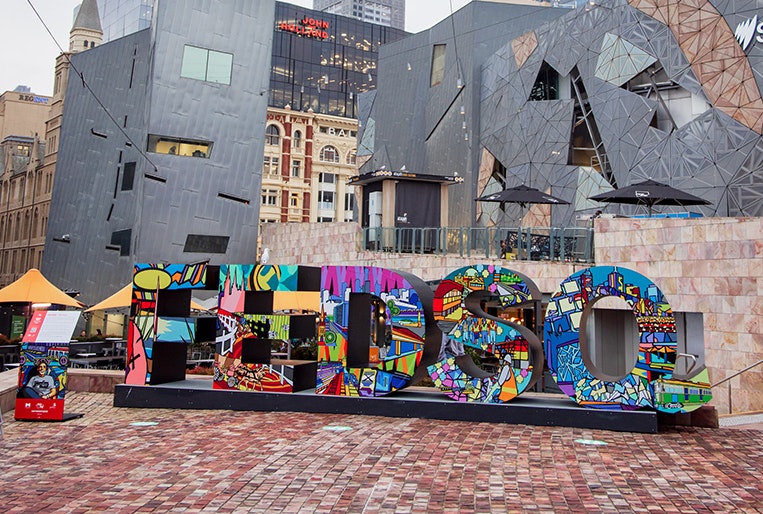 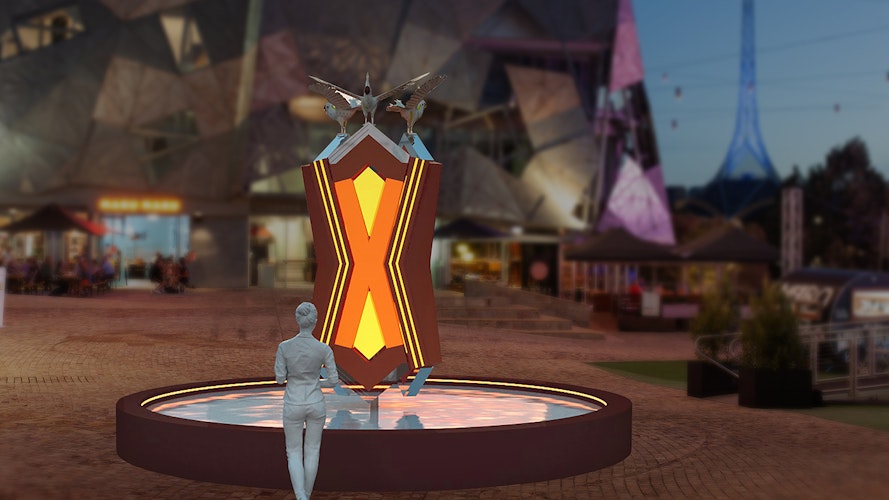 “We are here, we have always been here, but too often we and our stories are unseen and unknown. We have not vanished.” – Kent Morris.
More Info
27 May — 5 JunMain Square
Arts and Culture
First Nations
Outdoors
Songs, Stories + Art in May 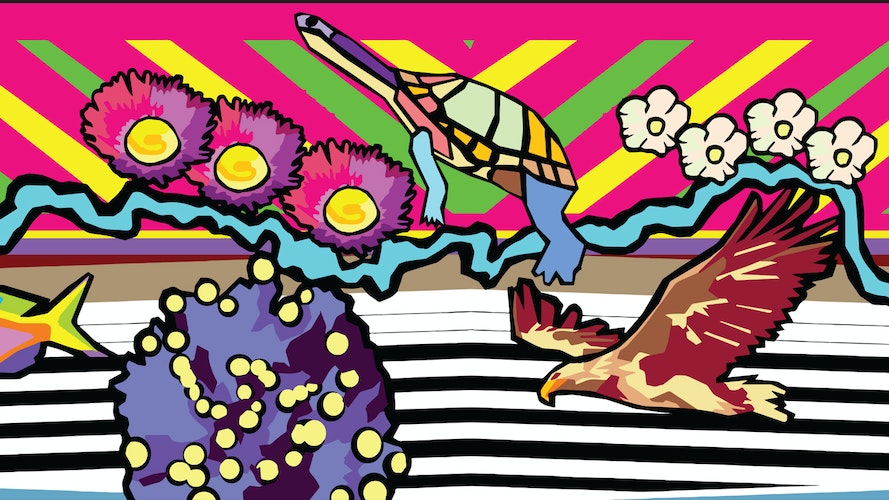 A celebration of place and culture, featuring Fed Live with Briggs, Josh Muir’s evocative final artwork series This Place and the never-before-seen powerful sculptural work Unvanished by Barkindji artist Kent Morris and Studio John Fish. This May and early June, we are proud to be able to share and celebrate the songs, stories and art of many talented First Nations musicians, performers and artists – as we invite you to participate in live music events and community festivals, art installations and exhibitions, indigenous dance and more at Fed Square. And you can enjoy live music and a journey through the cosmos at Fed Square after hours over two art-filled nights, as part of Art After Dark. Check out all the activity below.
More Info
1 May — 5 Jun
Arts and Culture
Fed Live
First Nations
Discover
What's onEat + DrinkShop + VisitVenue Hire
English
Website byMore Studio
Links
AboutMedia CentreAccessibilitySustainabilityFed CamCareersParkingBuskersFilming and PhotographyContact Us
Social
TikTokFacebookTwitterInstagramYoutubeLinkedInTripAdvisor
FavouritesTenant PortalPrivacy PolicySubscribeTerms & Conditions
Acknowledgement
At Fed Square, we acknowledge that we are gathered on the lands of the Kulin nations. We respect their traditions and embrace their traditional and contemporary expression.
Website byMore Studio